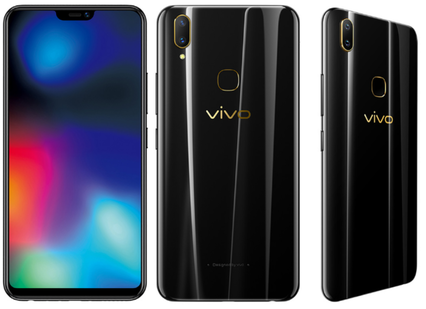 Vivo Z1i is an upgraded version of Z1 which was launched in the month of May. The processor, Snapdragon 660, which was used in the first version Z1 which was higher in comparison to newly, launched Vivo Z1i. Vivo Z1i uses Snapdragon 636. The user gets 6.26 inch of the display with resolution: 2280*1080 (FHD+). It is equipped with 4 GB RAM and 128 GB of internal memory which can be expanded up to 256 GB using microSD card. The user gets the dual camera at the back side combination of 13 megapixels and 2 megapixels respectively.

It also features the fingerprint sensor and Face Wake facial recognition. The feature called Jovi AI (artificial intelligent) is another powerful function of the device that makes it smarter. This function appeared in the Vivo Nex first time. Actually, Jovi intelligence engine is the self-learn feature. It works as an assistant. That learns through the user habits. For example, if you have used phone up to a week. According to the user, working habit on phone Jovi AI intelligently allocate resources on the system. Jovi engine may launch next application that user wants to use. As per the report the accuracy rate of the prediction is over 86%. It is going to be completely new experience with this version.