By Jitendra Indave in: BlackBerry Evolve Series On Monday, August 06, 2018 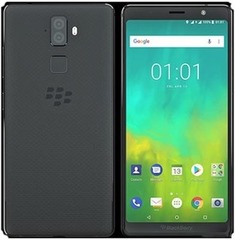 Recently Blackberry launched its evolve series handsets in India. The company named Optimus Infocom makes Blackberry phones in India and this company has launched this phone. In both phones, the user will get dual rear camera wireless charging Dolby surround sound system. Blackberry Series phones use Gorilla Glass 5, Series 7000 aluminium frames and rubberized back panel. The cost of Evolve is ₹ 24990 while the price of Evolve X is ₹ 34990 only. Both phones look similar in view. The upper edge of the Evolve x is square, while the Evolve is round. This phone design is slightly similar to Samsung galaxy s5. The drawback is that it comes with a hybrid SIM slot. You can use one SIM + Memory card or SIM + SIM. Means again you have to compromise with either SIM or microSD card. The company has also given some other things on the phone which is only Blackberry Exclusive. It has an option named Privacy Shade, which if you activate, the person who is behind you cannot see the screen you are viewing. After activating this you will be able to see the part that is highlighting as you want to see and the rest of the part will become dark so that other person can’t see it. By the way, the configuration with which the company has launched this phone and the price that is kept is very high, in this price range, even higher specification mobile phones are available in the market today.


Both phones will be sold exclusively on Amazon.