The JIO Phone 2 User Needs To Wait For WhatsApp, Next Flash Sale Starts On 30 August 2018 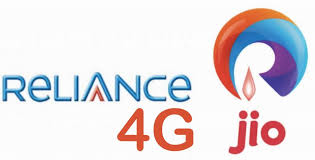 During the 41st Annual General Meeting Reliance Industries chairman Mukesh Ambani had announced 15 that the second version of the JIO phone will support Facebook, YouTube and WhatsApp. In the second version of JIO Phone, the support of Facebook and YouTube is given but WhatsApp has not been launched yet. It's a bit annoying to the JIO users. The company says that WhatsApp will not be available initially for everyone. It will be rolled out batchwise. In the beginning, certain numbers of the user will be able to take advantage of WhatsApp. The worst thing for YouTube users is that you cannot save the videos offline and they will not get a watch it later option.

The flash sale of JIO2 was started today from 12 of the noon and within the hour it was out of stock. The next flash sale will start from 30 August. This phone comes with 2.4-inch display size. In appearance, it looks like an old blackberry phone. The facility of Voice Assistant is also provided on this phone. The phone can be controlled using voice command.

How to buy JIO Phone 2 during the flash sale

4 Enter the name, email address and mobile number as well.

6 After payment settlement, your booking confirmation message in your email inbox as well texts SMS inbox.

Currently, three plans are available for this phone.

No, doubt it is the only low-cost 4G VoLTE phone that supports social media apps too. But the absence of WhatsApp may reduce user interest in it if not rolled out in a short period by the company.