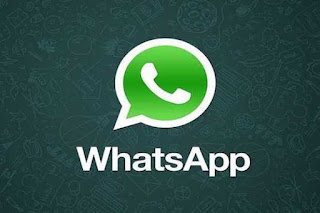 The security is a very important factor for any app related to social media. According to the recently revealed information, the bug has been found in WhatsApp. It is being said that the message sent through WhatsApp is not secure. This message can be read or changed by any third person. It is claimed by security firm checkpoint research of Israel. According to the claim of this company, the messages forwarded using WhatsApp can be edited. The company said that there is a bug in the encryption algorithm. The company also says that any message sent by you in the group can be edited and can also be sent it to any other person by your name.

Currently, WhatsApp is dealing with the issue of fake messages and rumour spread through App and that lead to incidents like mob lynching. According to the report, till date, more than 25 people have become the victim of mob lynching across the country. As solution Indian government has asked WhatsApp to build some strong mechanism to stop to happen such incidents in India. Even government also said that WhatsApp should allow investigation agencies to go through users encrypted messages to catch the criminal. But WhatsApp was not in the mood of compromise with user privacy.

Now, WhatsApp going to put restriction barrier to forwarding message. The user can forward message up to five people at a time. The restriction has been rolled out for Android smartphone users soon it will be implemented for iOS too. Globally limit is of 20 contact/group but in India up to five contacts/group. More than 200 Million WhatsApp users may get affected by it. Not sure, will it be a success or not.

But it is fact if you want are able to give something positive to society undoubtfully you will be accepted and appreciated by society. And if you are becoming a reason for worst than you may be invisible at very next moment from the market. As the government may ban it. In short, there is social responsibility; it should be handled with care, what government want from social media app.