By Jitendra Indave On Saturday, September 15, 2012 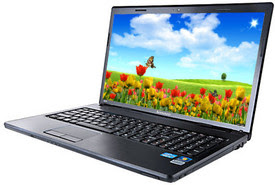 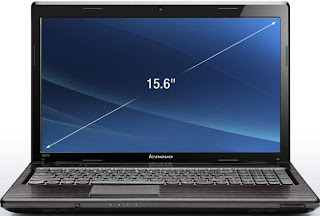 LENOVO G570 M5IBHUK
Lenovo's G570 M5IBHUK has a well-built case, with a brushed-metal wrist-rest and a metallic lid. The combination looks stylish and the broad wrist-rest makes typing comfortable.
The keyboard has widely spaced keys with slight indentations so typing is easy, even at speed. The touchpad is small, but accurate. It's slightly offset from the center but there's plenty of room to rest your hands and we didn't catch the touchpad accidentally while typing.
It has a 15.Sin 1,366x768 pixel display with a glossy finish that may be overly reflective if a strong light is coming from directly behind you, but it's big, bright and looks brilliant.
The laptop has 4GB of memory, a DVD writer, four USB ports, an Ethernet port (not Gigabit). SO2Jln Wi-Fi and a 50OGB hard drive (which is generous for a E35Q laptop), The 2 3GHz Intel Core i3-235QM processor isn't as powerful as you'd find in more expensive laptops, but it can handle most desktop applications.
The laptop is excellent. It's not as slim and light as the ultra-portable Asus X5Q1A-XX012V, but it's cheaper and has more features. The battery life of five hours and 21 minutes is second from bottom, but it's a minor blip on an otherwise excellent laptop. 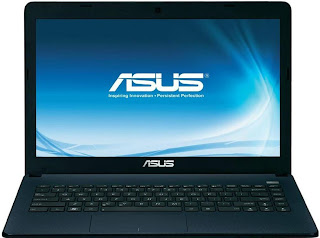 The X5O1A-XX012V is a slim, sharp-looking laptop, weighing just 2,1kg. It looks as good as an Ultrabook but doesn't have the top-of-the-range specification or price.
Its petite size doesn't come without compromises, though, Asus has left out the optical drive and provided only two USB ports. However, it does have an SDXC memory card reader. 3.5mm mic and headphone sockets, a Gigabit Ethernet port and a built-in 802.lln WI-Fi adapter.

The processor's built-in graphics hardware, the Intel HD Graphics 3OQQ, will just about run 3D games at their lowest settings. Battery life is better. The laptop's widely spaced keys make it easy to type, it has a slim numeric keypad on the right, and a touchpad, just off-center and under the space-bar, which is large and precise, with responsive buttons. The 15.6in screen is the X5OlA's stand-out feature, particularly for this price. The gloss finish suffers from reflections when the screen is dark, but colours are generally bright and attractive. The resolution is an unremarkable 1,366 x 763 pixels, but there's still plenty of space on screen, and an HDMI port lets you connect the laptop to an external HD display. The integrated Altec Lansing speakers are better than most and can play some bass notes, but they're more suited to the system sounds and spoken word than playing music.