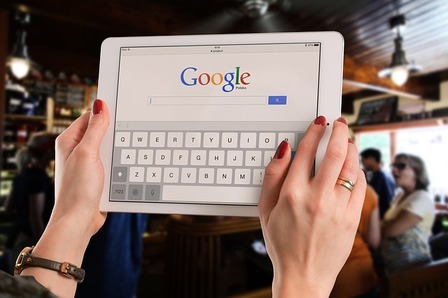 The search engine giant Google is heading in the first position on news channels due to a big penalty applied by the European Union for breaking the anti-trust law. This was the second time during the year, Google has fined for the multi-billion amount for anticompetitive practices.

The first time a European court in May 2014 ordered Google and other search engines operating in Europe to allow individuals the “right to be forgotten,” letting them ask sites to delist certain search results relating to their name. Now it is the second time Google fined by EU.

Google offered money to mobile companies to pre-install Google Search and other Android apps. It is the biggest penalty for commercial fraud in the corporate world so far. US tech giant Google has imposed a fine of $ 5 billion by the European Union. The European Commission says Google has misused monopoly in its Android operating system market. Google did not allow smartphone makers to make devices running Android. Google search, Chrome and other Android apps were forced to pre-install and also paid financial incentive. The Company has been fined under the rule of antitrust. In 2017, Google also fined 16,000 million rupees. Google’s parent company Alphabet has given 90 days to improve business practice. If not improved by the company on such a day, 5% of its turnover will be penalized every day.

The head of the competition department of the European Union, Margrethe Vestager said that Google used Android to increase coverage of its search engine. The company has prevented its opponents from doing innovation and getting them right as per merit.

As reaction company said it would appeal the fine. Google spoke person Al Verney cleared in a statement, “A vibrant ecosystem, rapid innovation and lower prices are classic hallmarks of robust competition. We will appeal the Commission’s decision.”

The Google’s CEO Sundar Pichai said in his blog post, which was published on Wednesday,”Android has created more choice.”