By Jitendra Indave in: Facebook Social Networking On Monday, July 16, 2018 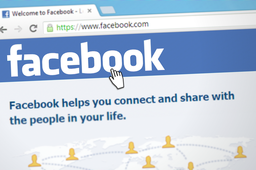 In reality, the matter came to the court after the death of a 15-year-old girl. She died in a train collide with the train in 2012. The parents of the deceased then requested date of Facebook.

The family wanted to know what happened to her daughter's death. Was it murder or suicide?
Without knowing the cause of death, the train driver did not get the compensation. Facebook had refused to give the rights of data and messages in this case. After this, the family went to the lower court in 2015. Where the lower court ruled in favour of the family. The court said that personalized conversation data comes under German heritage law. The court said that in the case of minors, applicants have the right to know their child's communication history.

Facebook challenged the lower court's verdict in the upper court. Facebook said that the right to privacy of someone's data remains secure from Facebook even after his death. This is the authority given by Germany's constitution. According to American social media company, family members have the right to delete the Facebook page or to completely delete it as a page to pay homage to the Facebook profile but not right to access data. The appeal court has given the decision in favour of Facebook. The case went to the BGH, and her parents have now reportedly taken over the account.
In July 2018, giving a historic verdict said that Facebook would give data to the family members of the deceased. The BGH said, Data from Facebook is also under heritage laws. Judge Ulrich Hermann said it was common to hand over private diaries and correspondence to legal heirs after death, and there was no reason to treat digital data any differently.