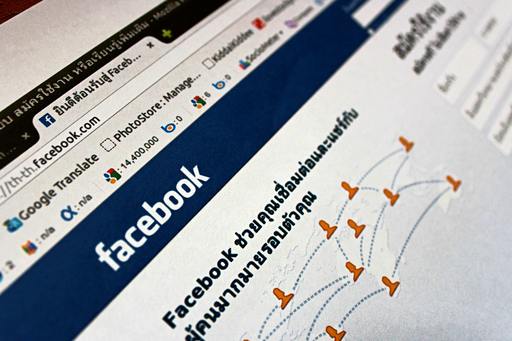 Facebook has seen a significant reduction in revenues and in the coming days, it will reach a single-digit percentage. Following the economic results of social media Facebook, surrounded by data protection and investigation, lost its $ 1 billion on Wednesday due to a 24% fall in business. On Wednesday, after trading hours, shares of Facebook closed 20% down at $ 173.50. Because of this, the company faced the loss of Rs.8.65 lakh crore in its market cap. This is one of the biggest losses in the history of the US stock market if such a situation is triggered by regular trading on Thursday. It is worth mentioning here that TCS is India's largest company, with a market capitalization of Rs 7 lakh crore. Reliance Industries's market capitalization stood at Rs 7.07 lakh crore. It can be understood that what is meant to be the loss of in the capital of Rs 8.65 lakh crore for Facebook. There are 128 countries in the world whose GDP is less than $ 100 billion.

Facebook's shares fell by 24% after a few hours of business on Wednesday. In the second quarter, Facebook has generated the poor result, it was far away from the expectation that’s why company facing this fall down. Facebook, in the second quarter, earns the profit of 5.1 billion and 13.2 billion dollars revenues. That shows an increment of 31 and 42 percent respectively. But this time it couldn’t maintain that level.

Facebook's chief financial officer said:
In the second quarter, Facebook has seen a significant decline in revenue revenues and in the coming days, it may reach a high single-digit percentage. We are giving more choices and options for the people who use our services to privacy data. This is affecting our revenues.
We are investing heavily in security and privacy- Zuckerberg
This has affected our profits. Its effects in the quarter will be seen. This company is not running for the next three months but for a long time. The current status spoiled the outcome with the opposite results. Facebook has announced quarterly results of April-June or has not been better than expected. In June, Facebook estimated that the number of monthly active users would increase by 2.25 billion. But it dropped only 11 percent and stood at 2.23 Million. In June, the number of active users was 1.47 billion. Which was an 11 percent lower than the estimated. In the United States and Canada, the largest market for the company, the number of daily active users was 18.5 million. In Europe, the number of daily users decreased by one crore. All these factors play an important role in bringing down Facebook. It was $ 17 billion loss in two hours. Facebook's shares fell by up to 24 percent, therefore, Zuckerberg suffered a $ 168 million loss. Due to which Zuckerberg came in sixth place in the Bloomberg billionaires index. According to reports, by the end of the year, $ 138 million will be lost by Zuckerberg.