By Jitendra Indave in: Android Google News On Monday, July 23, 2018 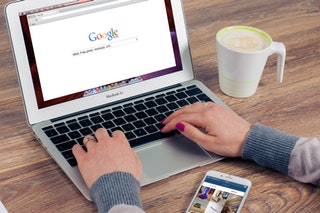 If you have to read the story of your disgrace in front of people, then you have to feel embarrassed. The story of Google is similar today. If you search “fine on Google”, Google itself provides you newspapers around the world. This is the fact that you tell the publicity of search engines or a weak aspect. Alphabet has imposed a $ 5 billion fine on it. The next morning people read the headline and left the newspaper, but this case does not end here with only $ 5 billion. If the European Commission of Google complies with this case, then the Mr Sundar Pichai will have to suffer the rest of the life and fall to the Google Shop Shutter.

That is why the case is to extend from euro-dollar fighting to the diplomacy of economics in America and Europe. European Commission has objections against the need for Chrome and Android for compulsory search on mobile in the mobile. EU indicating it as illegal and added that it should be an open system for everyone. Today there are countless mobile phone manufacturing companies in the world. There are already 40 apps available on every mobile phone, but about 16 lakh App Developers have not been particularly prominent in this. Silicon Valley's developer is dominant in this case. How the Europeans can bear it? This case can be compared with steps taken against Microsoft in 1998 by EU. Even then Microsoft was opposed to the business game to integrate with Internet Explorer and Windows. That time Bill Gate said – “the software industry is an open Economic opportunity for any entrepreneur in America”. The debate has begun in the global media including America, Europe, and China that – “ Has the Google a moral right to misuse dominance in the mobile phone market?” Today, around 80 percent of the world's smartphones use Android software, which can be called as "Salary" by hundreds of Silicon Valley people.

Now the European Commission has urged to remove this monopoly in 90 days and if Google does not make alternate arrangements within 90 days, then only the company Alphabet has to bear 5% penalty daily, of total business from all over the world. If this happens, then the alphabet and Google's may face some fatal issue for their existence. That is why the matter has reached the American president, Mr Donald Trump. Trump has also made a statement that there is a reversal of the American companies' business in Europe, which can not be bear. Now the European Commission is going to meet the President of USA.

It is worth mentioning here that one of the shopping company named “Kelkoo” who filed the case against Google still annoyed. He has claimed that the making of big headlining news of this issue or applying big penalty will not be resolved. The penalty should be implemented and the affected people should be financed. In the last decade, the European Commission has applied penalty from 560 million Euro to 4.34 Billion Euro to the companies like Microsoft, Facebook, Google, and Intel. The current $ 5.1 billion penalty is the highest level of penalty for Google so far. Currently, the Google’s services are still most popular, with its share price profit and earnings increasing steadily.

Three years ago when the European Commission began investigating the Android case, Alphabet’s annual revenues were $ 75 billion which has risen to $ 111 billion. Alphabet Android Mobile has dominated the market by selling more than 1.25 Million handsets so far. To maintain the empire, now the Google thinking to go to appeal in the court. The verdict of which will fall over the years, but according to the rules of the European Commission, till the judgment of this case is, money to be submitted to the Google holding account and in the end, if Google loses the case, the money will be distributed among the member countries.