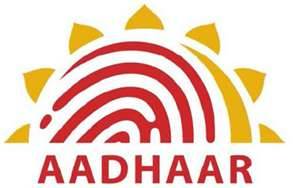 Two days ago it was very much discussed in the social media that the Aadhaar Card Helpline number has suddenly appeared in mobile. After the case grew very much, the UIDAI said that this is their old helpline number and it is invalid in today's date and the new helpline number is 1947. And he also said that any smartphone manufacturer and service provider has not been asked to do this. The number that is visible is wrong and some people are trying to spread confusion.

On this issue, Google released a statement at late night – “Our internal review revealed that in 2014, the then UIDAI helpline number and the 112 distress helpline number were inadvertently coded into the SetUp wizard of the Android release given to original equipment manufacturers for use in India and it has remained there since”. 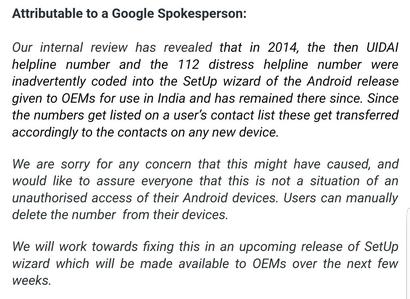 Still, there are some questions that make the scope of doubt.

1. Assuming Google has a coded in Android, then how did this number come to Apple's iOS.

In this regard, Google said that this number is in the user's contact list as soon as the device changes, it gets transferred to the new device.

According to the TRAI report, 112 numbers were recommended in April 2015 to create an emergency number. Which the government had approved in March 2017. Now the question is that how it was updated in the year 2014.

3. Why Google did not answer after so long?

There were discussions on Twitter since Thursday evening but Google responded in this context about 24 hours later.

By the way, this issue is linked to the people's privacy and should be investigated. But surprisingly, there is no such statement from the government of India. In this matter, the government should at least decide how much it will interfere in our personal life.