By Jitendra Indave in: domain Internet On Tuesday, August 28, 2018 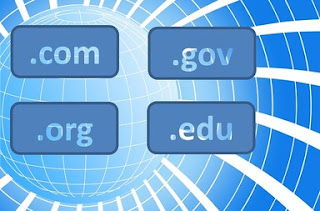 When the internet was newly introduced it was a really big headache to keep remember the name of the website. Sometimes the whole link was bookmarked or the logo was saved. Gradually, various types of the domain were introduced to make it easier. A large number of peoples are connected to the internet today but still, the maximum number of users are not nearby internet due to a language problem. The way they should get benefits is not getting. Especially, in term of some Asian countries, we can say a large number of peoples are living in the village area but not able to connect to the internet the way it should be due to the linguistic issue. All the website URL available in English. It is being said that as a result of the updated technology, the name of the website (URL) will be available in the regional language soon. People will now be able to name the website in Hindi. You will access the URL directly in the Indian language. The objective of this project is to connect 48% of the world's population to the Internet. Especially those people who can not do English typing and cannot understand English.

Generally, on the internet, there is a final word .Com,.Edu,.Gov etc which is called the domain name. Before this, there is a word the same will be replaced by regional languages soon. The domain name can be found in the same language in which the website is created. Not only for India but also for other countries. Don't wonder if you see domain names in other 22 languages in the coming days. The ICANN (Internet Corporation for Assigned Names and Numbers)is preparing a project on it.Mr. Samiran, the Head of India for ICANN says that the work is in progress for the languages Gujarati, Gurumukhi, Kannada, Malayalam, Tamil, Telugu and Odisha. To give the domain name in the regional language safe and fix rules are being prepared. Currently, for any piece of information in Hindi user have to type in English. But after implementation of the domain name in the regional language user can type directly in Hindi.

The internet has covered 52% of the world's population so far. Efforts are being made to make available the net service to the rest of 48%. After launching the regional domain service the work for non-English people will become easier. In the country, more than 32 million people using it from their mobile phones. This will be beneficial to them. The language and technical expert are working on more than 60 languages for not only India but also for Bangladesh, Nepal, Sri Lanka and Singapore. The number of people using the Internet in the whole world has reached 4.2 billion. This number is expected to reach 5 billion by 2022. Currently, linguistic experts are working at different levels. Typically, testing is being done to support regional language fonts on every web portal.

The maximum number of people speak "Hindi" that can be easily spoken and understood. Total 65% of the people in the country understand Hindi.30% people neither speak Hindi nor English use other languages. The entire project has been prepared to keep in mind the people of rural areas. So that those peoples can easily access the internet. Regional language project will open a new direction.

Due to the widespread of smartphones, wifi and broadband Internet usage is gradually increasing in rural areas. The Internet service in India was started on August 15, 1995.
According to the report for the year 2016, as I told earlier more than 32 million internet users are using the Internet from their mobile phones. This number is expected to reach 49 million. According to a survey, there are 780 languages spoken throughout India.