The Google Is Looking For Massive Expansion In India, Increased App Productivity

By Jitendra Indave in: App Google News On Wednesday, August 29, 2018 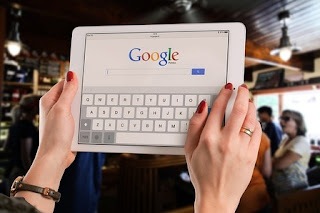 The search engine giant Google made some big announcement in the event “Google For India” last Tuesday which was held at New Delhi. It was the fourth consecutive year for Google to organise an event in India. During this event, Google revealed that there are 39 crores active user monthly. Among this 45 % are only ladies. More than 50% of people do search through the mobile device. According to the Google, there is a rapid increment in the voice search that is huge 270% in India only. The main agenda of the company is to make popular its products in India by targeting local language and communities. Let's take look in short:

Google Tez, will be identified as Google Pay now as the company want to bring this product to more countries other than India. The officials, Mr Sengupta said that company has seen 14x growth since the launch of Google Tez app in India. It means up to 22 million monthly users are using this platform for digital payment. He also added that 750 million transactions are executed through this app every day. The Google is also working in the direction of a tie-up with Federal Bank, ICICI Bank, Kotak Bank, Mahindra Bank and HDFC Bank to bring the pre-approved bank loan product for the users.
Google Assistant With More Productivity
This time Google Assistant has been introduced for the Marathi language. Soon, seven more languages will be introduced for GA. The company want to make the device smarter. The interface will be in the primary language, English but it will be smart enough to detect user language and will switch according to it. The company also announced that the Google home device will also get the support of Hindi language in India soon. The company showcased assistant action that can be used to determine real-time location and schedule of the train.

Recently, the Maps Go has been given a new feature of turn-by-turn navigation. The company has joined the transportation service provider Redbus. The bus service can be tracked on the Maps Go app. Not only tracking but the user can also get fare detail as well schedule of the buses. Google predicts that the future of the internet in India is all about voice, video and vernacular content.

The company has started a platform named “Plus Codes”. There are so many underserved locations and maximum numbers of peoples living at those places. The Google has partnered with NGOs in Kolkata to provide service to these communities. They are providing some kind of formal address to the peoples.

The main aim of this project is to connect more people with internet and Google services. The Google will provide free wi-fi to the people of Andhra Pradesh.