The Cheapest Data Plan For ‘Work From Home’ 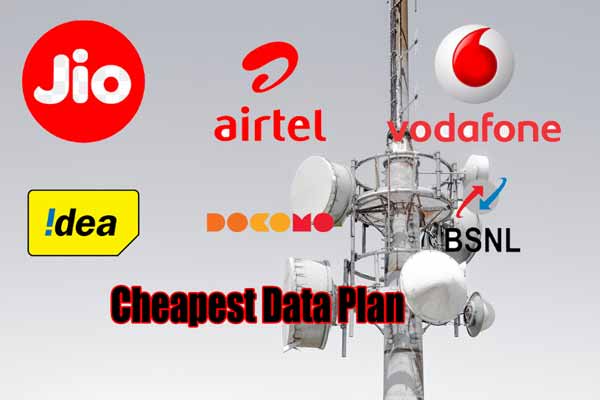 The Corona has caused chaos, people are avoiding getting out of the house. The majority of peoples wants that they should get permission to ‘work from home’. Last week, when the building was vacated due to the possibility of being infected with Corona virus in Infosys, there was panic in all the buildings on the side. Even in this kind of environment, people were saying that their jobs could go, as they will not be able to attend the office and have to sit at home. It would be better if they got permission to work from home. Meanwhile, the government issued similar guidelines. Now in India, like in America and Europe, some companies are asking employees to work from home. According to the kind of situation today, it is also a demand of time. Some telecom companies have come forward to share in this.

Bharat Sanchar Nigam Limited (BSNL) is well ahead of other companies in the broadband segment. As more and more people get the benefit of Work at Home plan, this company is offering free internet service. The user will not have to spend even 1 rupee for this plan. This broadband plan is available in all circles of India. And that is also absolutely free. All the broadband users of BSNL will get 5 GB data per day at a speed of 10 Mbps. After the plan is over, your broadband speed will be 1 Mbps.

ACT Fibernet and Airtel Extreme Fiber have made some new changes to the plan to attract new subscribers. New subscribers of Airtel Extreme Fiber do not need to pay any installation charge and security deposit to them. The speed of 300 Mbps is being provided by Act FiberNet with unlimited data till 31 March. If you are not satisfied with all these plans, then more other plans of the company are available in the market.

The basic plan of Airtel Broadband starts from Rs. 799 with 150 GB of data at a speed of 100 Mbps is made available for 1 month and for which you have to pay Rs. 799. And if this is not enough for this data then you can take a plan for 300GB data per month, in which you will get a connection speed of 200mbps. It will cost Rs.999 per month.

Few more mobile data plans are there which cannot be neglected.