What Does Tencent Report Mean? Is China hiding Something From the World?

By Jitendra Indave in: Coronavirus News On Saturday, March 21, 2020 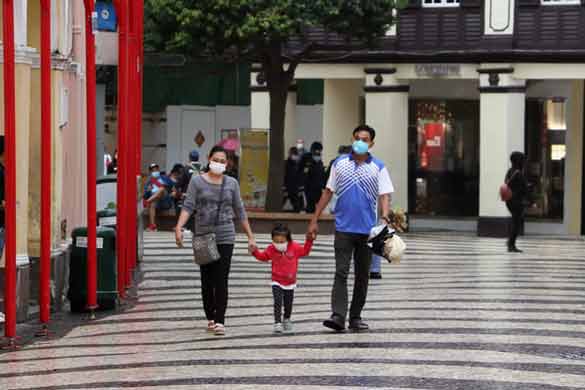 What China is hiding on Corona? There has been a big disclosure about the coronavirus that is taking the form of an epidemic. China's second-largest company disclosed data accidentally and the truth is revealed itself. It shown a horrible condition generated by COVID-19.As per the claim of that giant company  more than 24000 people died in the country due to coronavirus and the government has claimed that only 1000 people have died so far. However, after the controversy around the world, the Tencent has changed its leaked data. But the fact is already revealed that China itself put the whole world at the risk. Speculation has intensified that the Communist Party of China is hiding the seriousness of the coronavirus from around the world.

According to from Taiwan news agency, a Chinese multinational company doing business in several countries reported that 154023 people were affected by a coronavirus and 24589 people were dead on last Saturday. This figure of Tencent was almost 80 times more than the official figure of China government. The Chinese government is taking many steps to prevent it, but due to lack of transparency, the big questions have also been raised about its role.

The situation is so terrible that the bodies of people are being found on the road due to the coronavirus. The people are falling suddenly unconscious on the and meeting to death. Same kind of cases are coming up on Wuhan of China, where a man was going on a bicycle with a mask. He suddenly fainted and fell down on the road, at very next moment he found dead!.Off and on many dead bodies were found on the road.

US lawmaker Tom Cotton has blamed the Communist Party of China for the outbreak of the coronavirus. US lawmaker said that that could be man-made bioweapon leaked from the Institute of Biology.
He has also challenged the Chinese administration to prove its claim wrong. From the origin of the coronavirus to the spread of the infection, the role of China has been somewhat suspicious. China initially claimed that the coronavirus originated from the fish market in Wuhan city of China, but all the evidence refutes the claim. Chinese officials are not yet convinced about the origin of the virus, due to which many scientists, including the US lawmaker, are expressing such doubts.

It is also suspected that China is also hiding the statistics of deaths , according to the report, there are many dead bodies coming to the crematorium in Wuhan that labourers are working day and night in cremation houses. Apart from this, all such videos have also gone viral on social media, which shows that the situation is getting out of control. Many officials are spraying extensively in public places. All the infected people are being sent to a different place where medical facilities are also not being provided.