Light May Introduce Smartphone With 9 Camera Lenses This Year. 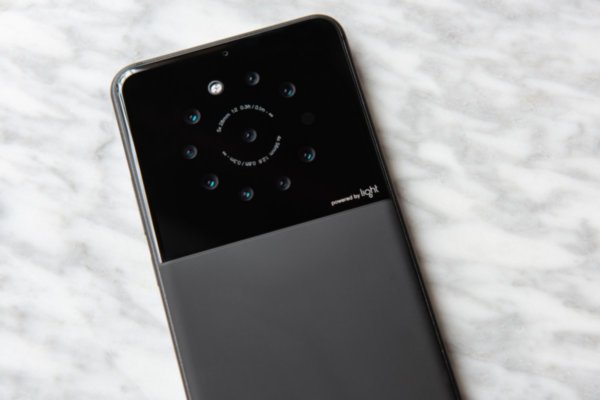 A few days earlier there was a discussion in the smartphone market that soon the dream of multiple displays and foldable model will come true. The companies like Samsung, Motorola and LG working on it. Just recently Samsung registered a patent. In the year 2013, Nokia Lumia 1020 model was launched with the capability of 41 MP camera since that launch the cameras are being updated periodically by smartphone manufacturer.

Generally, all the smartphones which are being launched nowadays come with the dual camera. That captures an image with more detail. But now the company named “Light” working on to build the smartphone with 9 lenses. Light, the company already grabbed publicity using its 16-lens camera which was capable to capture an image with 52 megapixel offers DSLR-quality images. Its L16 camera also lets you adjust the focal plane and depth of field after the image has been snapped. It was available with a price tag of Rs. 1.34 lac. According to the report of the “Washington Post,” the smartphone with the 9-lens camera may be launched during this current year. The company claims that the device will be able to capture 64 MP shots, give high-quality depth effects, and a better low-light performance than any regular smartphone.

Till date, we have the only Huawei P20 Pro smartphone that has triple lenses. In this device the RGB (Red, Green, Blue) sensor is of 40 MP, the monochrome sensor of 20 MP and telephoto of 8 MP.It has a 5X hybrid zoom feature.

Other rumours indicate that the tech giant Apple may launch some kind of triple lens system on its iPhone model in 2019. It is not cleared so far that company itself going to make it or will deal with any other company as a partner in the manufacturing. The smartphones with multiple camera sensors are already gaining success in the market. That shows the huge demand for good quality of the camera in the market.