How Secure Is The UIADA 's Aadhaar Card Data? 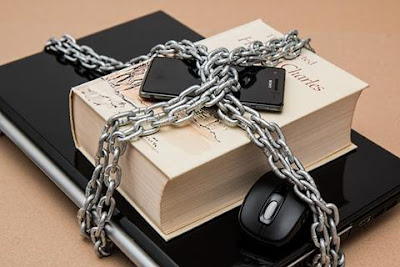 In today's world, there is no secret information that resides in your laptop or in your mobile. The government of India has collected all the information about the Indian citizen in the name of the Aadhaar card. The government can not guarantee that this information will remain confidential. In the Supreme Court, the government has confirmed that the Aadhaar card information will be safe, but it has become a joke. The government had argued in the Supreme Court on the issue of privacy to the citizens of the country that card data is safe in the data center between 10 meters high and 4 meters thick walls, but this security has just become a game. Being influenced by the attorney general's arguments in the Supreme Court, the chairman of TRAI (Telecom Regulatory Authority Of India), Mr. R. S. Sharma who tried some adventure to show that how the Aadhaar Card security is strong - became flop show. There are lots of peoples want to know what kind of damage can happen if someone gets the information of a Aadhaar card. The same question came into the mind of the chairman of TRAI and he wrote a challenging post in social media. In this post, the chairman of TRAI wrote – “My aadhar number is XXXX XXXXX XXXX XX Now I give this challenge to you: Show me one concrete example where you can do any harm to me” Within a few hours of the post made by the chairman, his personal information was released on the Internet by the hacker. The cyber security expert, Elliot Alderson from France, twitted few post on micro blogging website twitter one after one post disclosed some personal information of TRAI chairman Mr.Sharma.

In these leaked stories, there was Sharma's birth date, private phone number, address, and even PAN card information along with personal photos. In replay to challenge of Mr. Sharma, Elliot Alderson, wrote that “If your phone numbers, address, dob, bank accounts and other personal information details are easily found on the internet you have no privacy: End of the story ”. Hacker discussed from where he got his details and also mentioned that he is not against the project of Aadhaar Card but he is against of those people who says that Aadhaar is unhackable.

Sharma was known as the biggest supporter of the Aadhaar Project. Even after their challenge has eroded on social media, they are sticking to their point of view that no one's privacy is violated from the Aadhar number.

After their challenge has eroded on social media, they are sticking to their point of view that no one's privacy is violated from the Aadhaar number. More ever he added that – “The government has the right to make this database, which can provide social security through the scheme to citizens of the country.” It doesn’t matter if TRAI chairman claims that Aadhaar database is safe but the fact is that it is not. The latest incident of hacking shows this. Disclosing a 12 digit Aadhaar number can be harmful, as well as breaking the law. The government has arranged 16 digit numbers as Virtual ID system to make it unhackable. The government of India has made the law for not to disclose a unique identification number if you do , will be considered as an offense. When the chair person of TRAI declaring his Aadhaar number in form of challenge , isn’t it a crime?

Rules have also been made in 2011 under the IT Act for the protection of the data, and for its compliance, the Krishna Committee has also recommended changing the base law. The Supreme Court's 9 Judge Bench has given a verdict of privacy to the original rights a year ago. But when this privacy has been breached and the TRAI chairman has become instrumental in it, then the whole matter has become a difficult but joking issue. One Rupee Fund has been transferred to the Account of the TRAI chairman in the Bank of India. This fund has made it possible because of the declaration of the Aadhar card number by Mr Sharma. Those who can transfer funds from the account can also withdraw funds. If the bank has filled up millions of rupees in its bank account to defame an honest officer, it can inevitably come in the dark of doubt.

Apart from this, public records act and official secret records may also be broken if the government information is stolen from private e-mail ID. Based on this information, serious offenses like bank fraud, extortion, money laundering and blackmail will be encouraged. The information collected by the government can prove to be a double-edged sword. Citizens can get many services using this data. But if they get leaked then their trouble can increase.